Get A Jumpstart On Fitness With A Port Coquitlam Boot Camp

Anyone that’s ever started an exercise program knows the discouraging feeling of working at a fitness goal for a few weeks, but not seeing tangible results. That’s because the design of most exercise programs give slow steady fitness results. However, if you sign up at a Coquitlam bootcamp you’ll see your results quicker.
A boot camp is a more concentrated form of exercising than what you’d find at a gym. You’ll workout more frequently, doing exercises that will test you but still within your realm of capabilities. While you’ll see the same results after working out at gym, you won’t see them nearly as rapidly as you would from the boot camp.

You’ll Workout with People Who Have Similar Fitness Situations

No matter what age you are, boot camps offer benefits. While younger people often think of boot camps as an option, they’re actually perfect for the elderly. Older people need special programs and attention when it comes to exercise. Frequently, they benefit the most in terms of health, too. Increasing age isolate individuals and an exercise program also offers companionship and fun, because of the group nature.

Boot camps offer more than just quick fitness results. You’ll find that boot camp workouts aim at burning calories, which makes losing weight a lot easier. Most boot camps offer sessions particularly designed for a specific group of people. You may find specific classes have a designation such as men or women, young or old, fit or totally out of shape. Either way, you’ll find like-minded peers and an exercise program that’s best for your situation. Some boot camps even focus on specific conditions, such as people recovering from coronary disease or other serious illness.

Boot camps give you more privacy than the average gym. At boot camps, you’ll workout with the same small group of people. There’s no chance of seeing someone from the office, a nosy neighbor or an ex romantic partner that might occur in a gym. You’ll be working out with the same people each time, who are at approximately the same fitness level.
Boot camps help you burn calories faster, which is a huge benefit for women or men that have problems losing weight.
You’ll find wonderful companions and a sense of comradery at a boot camp. Boot camps may be competitive, which drives some people to do more, but ultimately, they’re quite social. Many people find they make friends at boot camp who remain friends long after the camp ends.
You’ll find boot camp gives you the services of a personal trainer at a lower cost. Since you’re sharing the instructor with other members of the boot camp, you’re cost is naturally lower than it would be if you hired the instructor on your own. It’s a cost efficient method to achieve your goals.
Whether you want a social atmosphere, a jumpstart to fitness, the extra attention from a personal trainer or simply like the privacy of a Brisbane bootcamp, you’ll see the difference in your level of fitness far sooner than you would working out on your own. Boot camps are the perfect places to get fast results. 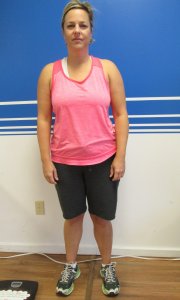 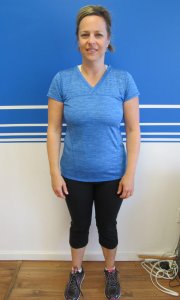 “I definitely have more energy”
Krista P.
Before 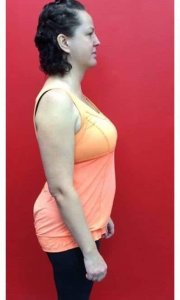 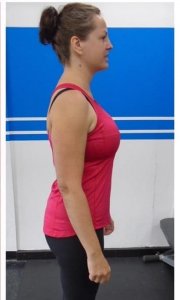 “I have lost 20 pounds and feel great”

Eagle Ridge Fitness will help you get it done! If you want to lose weight and achieve total-body health, these are the people you need working for you! The atmosphere is positive and the trainers are inspiring and personable. I have lost 20 pounds and feel great, thanks to the support and guidance I have received from the ERF team.

Leah M
get started with us today »